We featured a Koh Samui wedding a few days earlier, and many readers noticed the difference in style. So, we sat down with the international award-winning photographer behind the photos, Rico, to understand the mind behind the camera. Rico is the chief photographer and creative director of An Ant Capture, whose style reflects a photojournalistic approach to wedding photography. 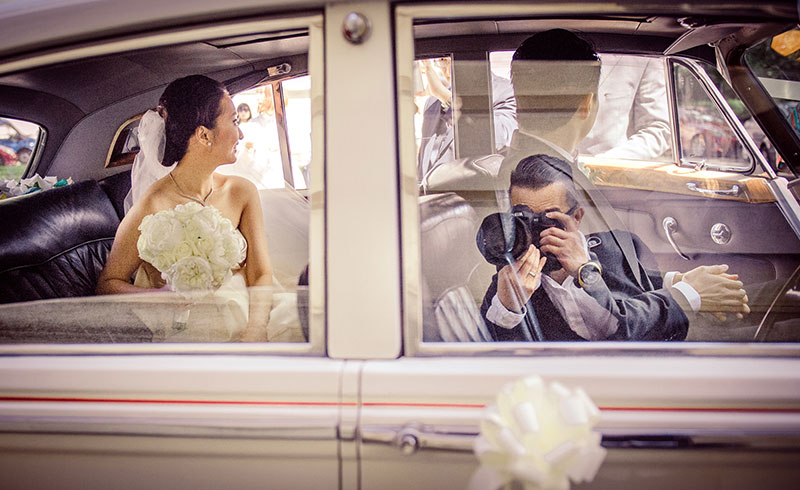 “Photojournalism is a pure approach to record incidents with photographs,” Rico explains. However, what makes it truly unique is that it goes beyond a mere pretty picture, and almost always tells a story that is full of emotions. The focus is therefore different because while all photographs are a capture of events in time, not all pictures are a capture of emotions. Photojournalism captures both, and sometimes even much more. What set you on this path of photojournalism and what keeps you going?

Rico recounts the spark of happiness in his clients’ eyes when they first saw the pictures from his first pre-wedding shoot in Japan. He saw first-hand how true emotions moved, and continue to move people even after years. To be able to create such a powerful and truthful record of someone’s important moment makes him very proud as a photographer. This –the savoring and sharing of emotions –is exactly what keeps him going. Rico joked that the harder his clients cry, he knows the better the job he did, because he must have captured something that resonated with something deep in their hearts. What makes you do this emotion-recording job so well?

“Funny enough, it’s exactly not taking it as a job,” Rico says. For every wedding day shoot, Rico takes the time to meet and understand the couple, their stories, and their families. This helps him to be at the wedding almost as a friend and a guest, and allows him to be more sensitive to the emotions and relationships between people. Another approach that Rico uses is being invisible and not directing the flow of events at the wedding. He rarely directs posture or dishes out instructions on where to stand, unless absolutely necessary. He believes that his presence should not impact the wedding, and it is certainly not a scripted play to be managed by a director. By being invisible, he allows the best, which is for the most natural things to happen. Then, he’ll just need to capture them as they unfold. Interestingly, his favorite picture has no people in it, yet for him it’s full of emotions. It was at a wedding, while the bride was getting her make-up done. Rico noticed her father sitting aside in the corner, with a frown on his face, scribbling away at the desk. Being the curious person he is, Rico took a snap of the sheet of paper, but didn’t make much out of it. When the bride saw the picture afterwards, she burst into heavy tears–her dad was practicing his signature to make sure he gets it right. The reason? He has Parkinson’s disease. That picture captured all the love a father had for his daughter, and will remain so for many years later. “There is no way any photographer could have created that moment, it would never be as genuine and authentic,” he emphasizes. Such is the belief of this anthropological photographer. What advice would you give to brides and grooms when it comes to the wedding photography?

“Believe in your uniqueness and embrace it!” was his first tip. For Rico, every couple and family, and therefore every wedding, is unique, and there is no need to apply a template and make them the same. As you realize and embrace that, you will be relaxed and happy, and that is when you look your best. He also reminds couples to focus on what truly matters–if you believe that a wedding is about marriage and about forming relationships, then allow your wedding day photo reflect that. To see more of Rico’s Koh Samui wedding, click here. To learn more about Rico and his work, click here.